LMU proudly celebrates Veteran Appreciation Week to honor the service of our student veterans to our country and to the LMU community.

This virtual exhibit showcases our student veterans from their time in service to their time at LMU to provide a deeper understanding of the skills and talents that they bring to the LMU community.  We invite you to read their stories, learn about their experiences and understand how they impact LMU by enriching our community with diverse perspectives and embodying what it means to be people with and for others. 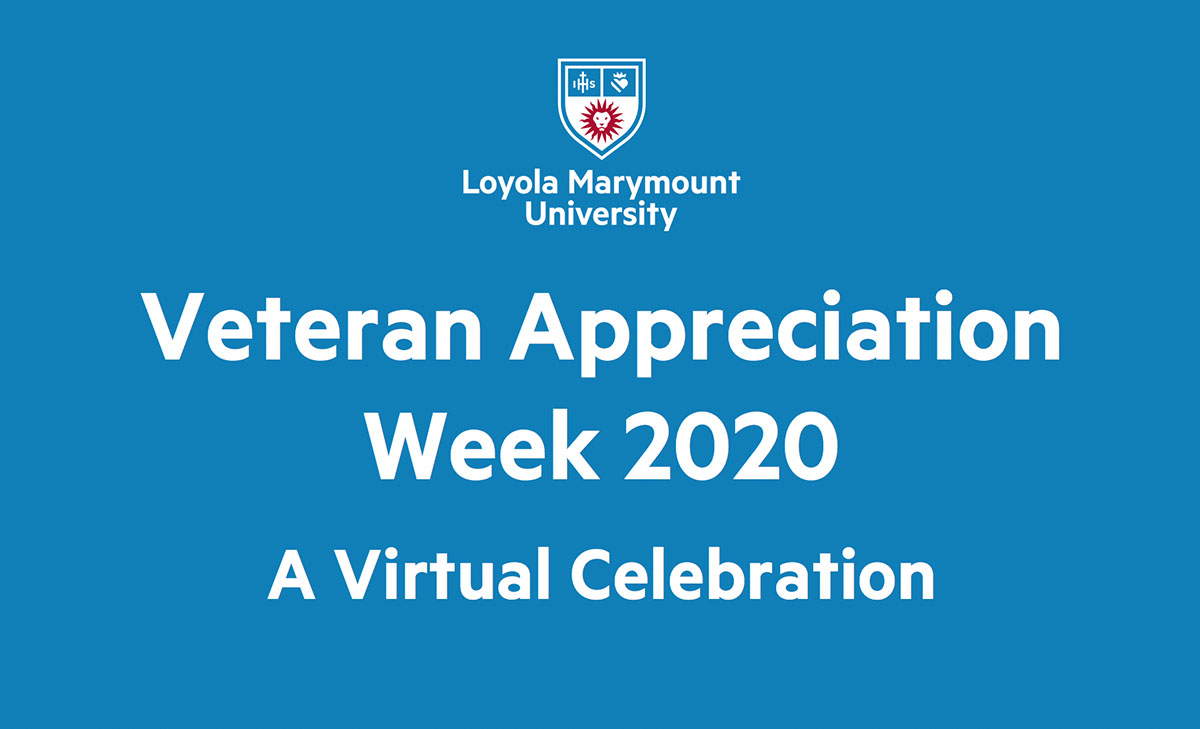 Welcome to the 2020 Veteran Appreciation Week Virtual Celebration program. Every year we honor our LMU veteran community to bring awareness to the population and highlight their incredible contributions to this university. Although the celebration looks a little different this year, we welcome you to share with us in this moment of gratitude and reflection. 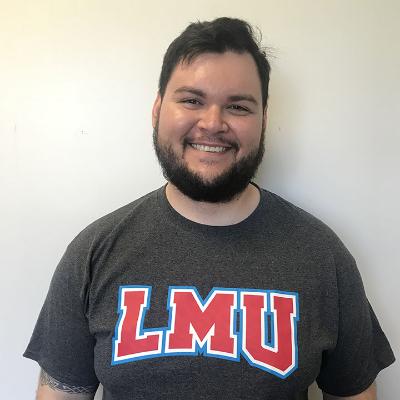 Andrew Alvarez '22 is a native Angelino, growing up in Inglewood, California and graduated from high school without a solid plan for the future. He knew he wanted to do something involving computer technology and law enforcement. His decision to enlist was inspired in part by his uncle who served in the Air Force, his friends who also enlisted, and internal motivations it was something he always wanted to do. In 2012, he decided to enlist with the Army where he could work with computers and became the 25Q Multichannel Systems Operator Maintainer, where he worked with radio and satellite communications. After four years of service, Alvarez started working, went back to school at a community college, and transferred to LMU where he is studying applied information management systems with the hopes of IT contracting for the government upon graduation.

"All my friends were joining at the time and I felt I needed to do my part." 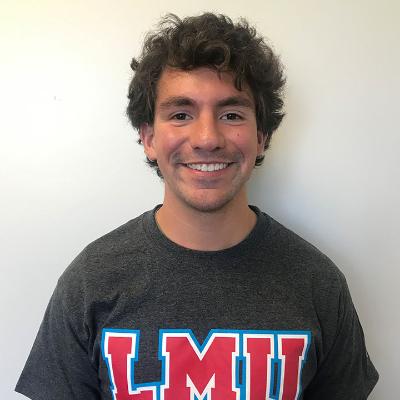 Sean Andrews '23 joined the military in 2015 at age 19, following his dad and grandfather to the U.S. Navy. In high school, he said he had felt restless and unmotivated, so he knew he was not ready to attend college and begin accruing debt. Although he did not participate in any sports, he enjoyed being very active. Once enlisted in the Navy, Andrews served as an information technician, working on computers and radio in the communications center. When his military contract ended, he spent one month relaxing before classes began at LMU. Andrews knew he wanted to go to LMU because it was in Los Angeles and had everything he wanted. Now at LMU, Andrews participates in the running club’s 5Ks and studies theatre, with the hopes of being in a long-running comedy series.

"Working on computers and radio created more opportunities to find work outside the Navy." 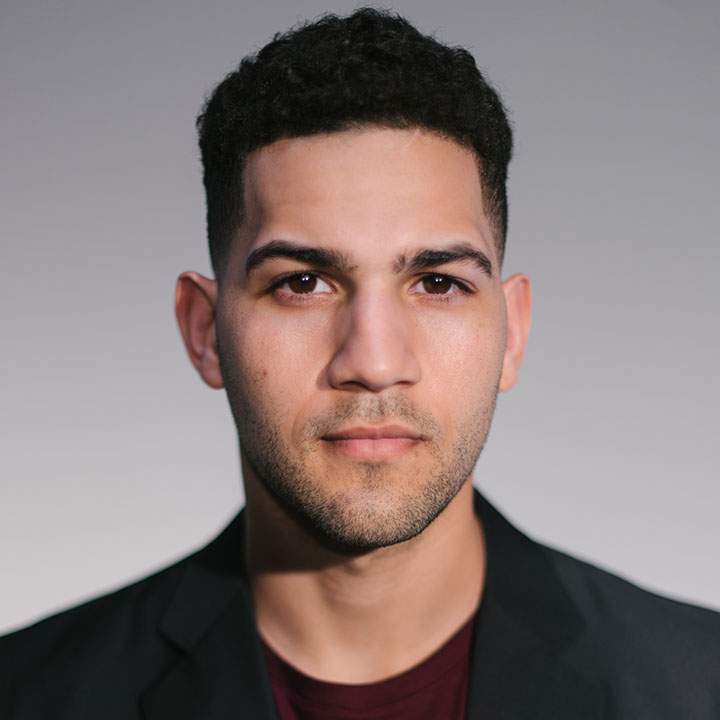 Roman Broussard '23 is from Welsh, Louisiana. In 2011, at age 19, he decided to enlist in the Air Force, where he served for eight years. His field of service was intelligence. He decided to join the Air Force because he was kind of lost, trying to figure out what he should do for the rest of his life. He was a good college student, but he felt like something was missing. Broussard wanted independence and more opportunities than his small town had to offer; he wanted to see more of the world. He knew some veterans who could guide him on a path that would best suit his goals. He also wanted to eventually join the FBI and track down serial killers at the time. (He was a big Alex Cross fan). Broussard’s MOS was 1NOX1, where his job was to support and enable the operator to achieve their goals. This usually entails a lot of research and finding answers to questions so that his brothers and sisters in arms have the best chance of achieving success. He left the military to attend school and transferred to LMU from New York Film Academy. He is now a theatre arts major at LMU and strives to become a film actor. He has worked in the office of Student Success and played a hand in many campus projects/programs.

"What the military gave me was the ability to embrace the ‘suck.’ Life sucks sometimes. It just does. Things don't always happen the way you want them to, but you are responsible for your own life.” Broussard never takes life too seriously, though, and finds joy in any experience. LMU does a great job of making students feel at home and cared for, but when things are bothering him, he leans in on appreciating his experience in the Air Force. 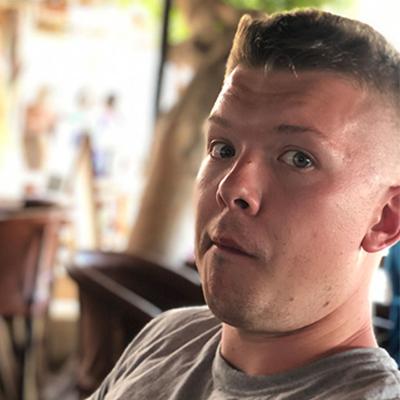 Jameson Buelves ‘21 is from Johnson City, Tennessee, and a communication studies major at LMU. He has served since 2011 in the Army and Air Force cumulatively nine years in both active and reserve, and guard components. He chose to serve after seeing many members of his family serve. He also held a deep desire to get out of his hometown and do something with his life. His field of service was ordnance and medical. Buelves worked with service members suffering from all types of mental illness, including from PTSD and depression. He also worked on utility equipment, HVAC, and cooling systems repair in the army (91C ranking). In the Air Force, he was rated as 2F and fueled aircrafts. He spent most of his career in Fort Drum, New York, and currently resides in Joint Base Pearl Harbor-Hickam, Hawaii, his favorite location. He also spent time in Fort Jackson, South Carolina, Fort Lee, Virginia, Fort Sam Houston, Texas, Camp Humphreys, South Korea, and March Air Reserve Base in Riverside County. He chose LMU mainly for the opportunity to continue working with the Air Force ROTC. 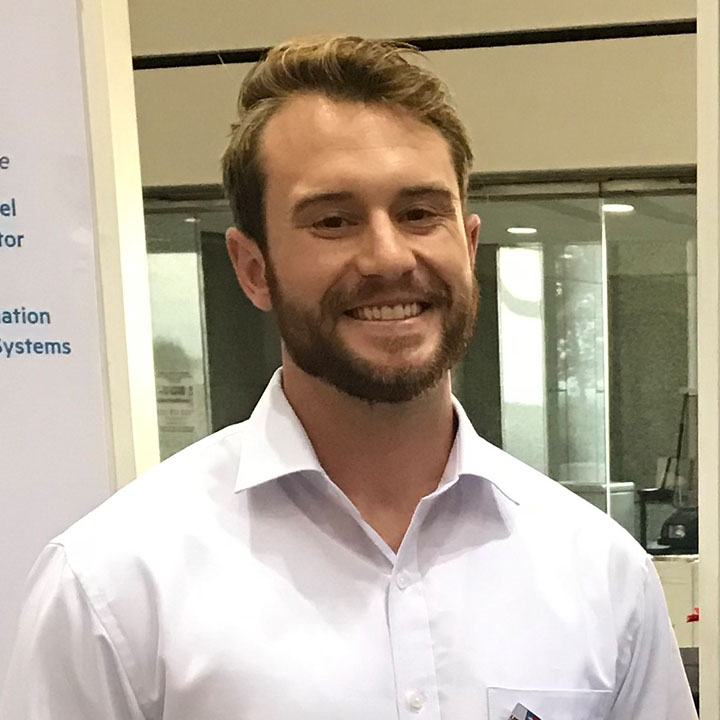 Austin Dollens '21 is from Lancaster, California. He first enlisted in 2014 at age 19 and served four years in the Marine Corps. Both sides of his family have long histories of service, going back to World War I. He also joined intending to travel, make friends, shoot guns, and blow stuff up. His MOS was 0351 assaultman. Dollens was stationed at Camp Pendleton, San Diego, then deployed to Thailand, Hong Kong, Jordan, Djibouti, Oman, Brunei, Hawaii, Korea, and Japan. Getting to travel the world and see firsthand how different countries interact with each other is exactly why he chose to major in political science, and more specifically, international relations. When he recalls his time in the Marine Corps, he reflects on the different people from around the world and country that he got to meet and appreciate, getting to learn so much from them. At LMU, Dollens chose to get involved in the Brew Club, the Student Veteran Organization, and the Rock-Climbing Club.

"Resilience. Preparation. There are a lot of things you don't want to do, but you have to. Whether that's a 10-mile night hike or a 20-page research paper, both require you to mentally put yourself in place to get it done regardless of whether you like it or not. Getting a bad grade or making a mistake in training are both places where you need that resilience to push on to the next thing and be better. Preparation applies because if you don't prepare your pack for a hike or put in preparation for a paper, you are going to be miserable." 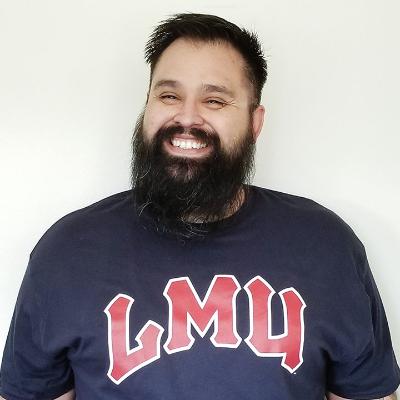 Jon Harguindeguy '19 is a graduate student and is the middle of five children. As a kid spent most of his time at the local hockey rink, at punk music shows, or taking care of his younger siblings. His dislike for school pushed him to look at other options and his desire and skill for drawing lead him to want to pursue tattoo artistry. But at age 18, his father gave him a choice to either go to college or join the military; he chose the latter. In 2004, with the war beginning in Iraq and Afghanistan and because of the respect he had for his grandfather’s service in World War II, Harguindeguy joined the U.S. Navy as an aviation electronics technician, assigned to an EA-6B Prowler squadron. He worked on navigation, communication, radar, and weapons systems for his squadron’s planes, as well as on a team that diagnosed and fixed any planes that were gearing up to take off. After four years of service, Harguindeguy worked in a machine shop, started a family, and pushed himself to provide more for his family. He began at LMU as an undergrad in fall 2017 and majored in studio art. Now he is a graduate student at LMU in the Marital and Family Therapy program. Over the past year, Harguindeguy has spent time on many of his personal projects while still being an excellent father. His primary goal is to work with the veteran and at-risk youth populations. Harguindeguy does a lot to support his veteran community and wants to “be in a position to help those who need to work out their baggage through art.” 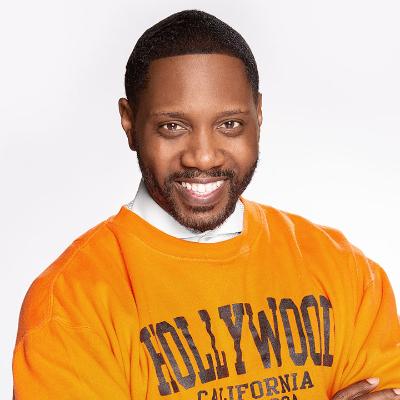 Pastor Sammie Haynes is a graduate student from Macon, Georgia, and joined the army in 1997, serving for 3½ years. His field of service was combat arms and artillery. His MOS was centered around artillery, which means he spent time working and operating a heavy weapon or guns built to launch ammunitions far beyond the range of foot soldiers. Haynes was a 13 Bravo and was stationed his entire military career at Fort Bragg, his favorite location in Fayetteville, North Carolina. The two reasons that influenced him to join the military include: many of his family members all served in the military; and he decided as a young college student that he needed to be more focused and disciplined about his life. He is currently a graduate student in theology. Haynes selected LMU to experience diversity and range of thought from other religious beliefs and race interactions. 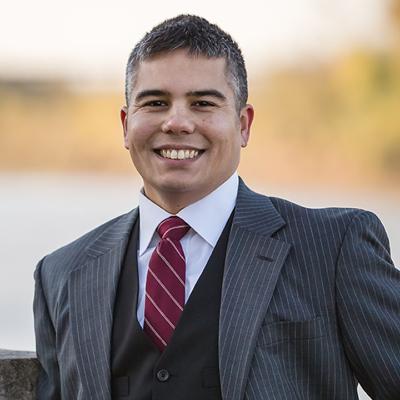 Jason Simmons is a graduate student from Los Angeles. He joined the military in 2012 and served for six years in the logistics field of the U.S. Army. The desire to serve his country and lead others to victory propelled him to join the military. His MOS rating was 91A-ordnance officer, which means he was an officer specializing in maintenance and ammunition operations. Stationed at Fort Campbell, Kentucky, Simmons deployed to Afghanistan to support Operation Freedom's Sentinel, and his favorite place was Camp Grayling, Michigan, for training. He decided to attend LMU to get a Master of Business Administration (not his first master’s degree, by the way). Soon to be a double alum, Simmons valued the education he received from LMU as an undergraduate. He credits this experience to his success as an Army leader. The spirit of service and faith are unique to the school and are in sync with his values.

Connecting with Veterans Across Campus

A Conversation with Captain Travis Schirner 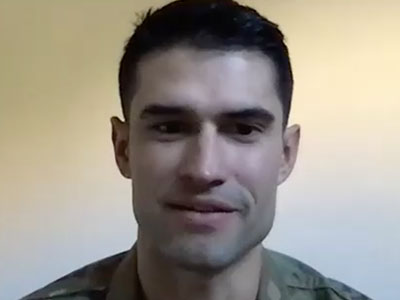 Captain Travis Schirner serves as an education officer, recruiting officer, and assistant professor of aerospace studies within The Cadre here at LMU.

Jamie Albright '24, a veteran dependent student, took some time to Zoom meet with Captain Schirner to share their Veteran experiences and journey through LMU.

Getting To Know Brian Reedy, S.J. 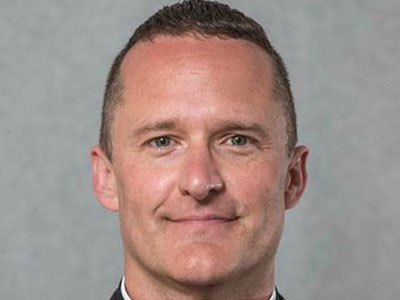 In addition to his robust academic portfolio, Brian Reedy, S.J. is also a Lieutenant of the United States Navy Chaplain Corps and has served on the USS Mount Whitney, USS New York, and the USS Ronald Reagan just to name a few!

Student Veteran, Roman Broussard ’21 and Fr. Reedy seized an opportunity to ZooMeet and chat about their Veteran experiences and journey through LMU. Check out their spirited and open conversation.